Does your mobile website have a lower conversion rate than your desktop version? How much additional revenue could you gain if the conversion rate levels were the same? Google’s new metric called ‘Relative Mobile Conversion Rate’ helps you to measure your mobile site performance… or does it?

This video breaks down ‘Relative Mobile Conversion Rate’, its limitations, and a better way to improve your mobile experience to grow website revenue.

Ecommerce websites, how much additional revenue would you gain if the conversion rate levels of your mobile website were the same as desktop?

What is ‘Relative Mobile Conversion Rate’?

Where Google is going with this: their rationale is that the mobile and the desktop conversion rates are influenced by the same parameters such as channel mix, campaigns, seasonality, and the website itself.

Google believes that the concept of relative mobile conversion rate will help businesses with a high proportion of mobile traffic (which is pretty much everybody!) to identify issues that relate specifically to the mobile website experience.

It’s a simple concept that is it applicable in the real world?

The problem is that Google is making the assumption that, for mobile and desktop website experiences, the traffic distribution is the same. Now, for the majority of you out there, for the majority of you running ecommerce websites, that is simply not the case! Let’s say that you have a website that gets a lot of traffic from social media e.g. Facebook, Instagram, Pinterest, all that good stuff. Now, we know that most of the traffic that comes from social media is on mobile. That means that, on your website, your mobile conversion rate is extremely sensitive to traffic from social media.

You should NOT be comparing mobile and desktop conversion rates when the traffic mix is completely different.

Let’s really break this down. Someone coming from Google search is probably a serious buyer. They’ve got serious intent to purchase because of the nature of the search keyword query on the Google search results page. In contrast, someone coming from Facebook is looking at pictures of cats on the Facebook newsfeed right before they saw your ad, clicked and then went through to your website. So the website visitor mindset, on arriving at your website, is completely different based on the traffic source and that has nothing to do with the website experience for desktop versus mobile.

Segment or die: a better way to measure the mobile site experience

What’s the bottom line? You have to consider mobile conversion rates in context and that context includes the originating traffic source. So since desktop and mobile traffic comes fundamentally different traffic distributions, what’s a better way to measure your mobile website performance?

2. Secondly, measure mobile and desktop conversion rates in isolation. Segment your reporting in Google Analytics based on device category.

3. Thirdly, go deeper again and compare specific device browser combinations like iPhone 8 users, for example, or Samsung 7 users, etc., in order to super-segment different mobile device browser experiences and find out where those bottlenecks are occurring and then address them.

What do you think? ‘Relative Mobile Conversion Rate’, a good idea? Let me know. And if your website conversion rates are a challenge for you right now, reach out on LinkedIn or contact me here, I’d be happy to offer my ten cents’ worth to see what we can do to grow your ecommerce website revenue.

Get the ‘Conversion Velocity’ Ebook

Swipe these techniques and FREE tools to optimise your checkout funnel. 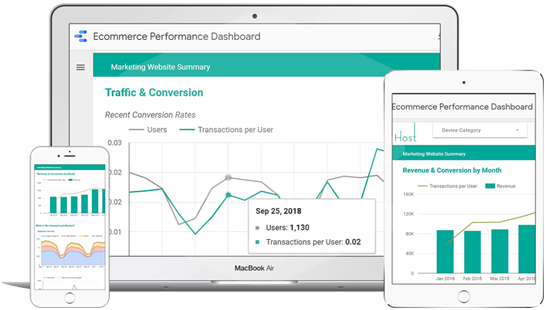